My name is swimmer.
This year, we spend a lot of time at home, so I order various teas online and enjoy them at home.
The so-called green tea we drink daily is the evergreen tree of the camellia family that grew naturally in the mountainous regions of Asia, and it seems that it was originally taken as a medicine.
We are not certain when green tea, which was roasted with fresh green leaves in boiling water, become fermented and drinkable oolong tea or black tea or who even discovered it.
There may have been various elements of people’s history and times. 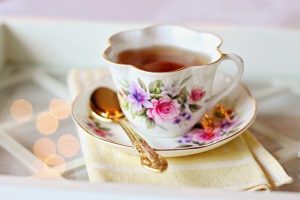 From the history of black tea, Japan Tea Association (Japanese only)
https://www.tea-a.gr.jp/knowledge/tea_history/

We use lip balm to care for our lips. The other day, I found “Curél” lip balm, which had a trademark written on the package. 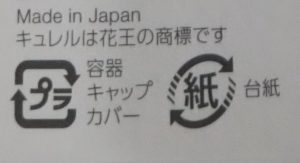 When I checked it on J-plat pat, it was registered Japanese trademark registration number 6085488 under cosmetics. This company has branded products in cosmetics, skin care/hair care, human health care, etc. Curél is a brand of Kao that is designed for dry and sensitive skin. Based on Kao’s 30 years of dermatological research, they focused on “ceramide” as the cause of dry and sensitive skin for their products. They keep skin moisturized.

See below for details.

[U.F.O.=Product name of Nisshin Yakisoba]
“U.F.O.” is the brand name for cup fried noodles, which has been a huge hit since its release in Japan in 1976. U is for “umai” which means delicious, F is for “futoi(thick) noodles”, and O is for “ookii(big) container”. The logo on the container is registered under Japanese Trademark Registration No. 5971287 (designated product: printed matter, calendar).

[UFO=unidentified flying object]
Let’s change the story and introduce a case of the Intellectual Property High Court concerning “UFO”.
The “detailed description of the invention” in the patent specification must be clearly and sufficiently described so that a person skilled in the art can carry out the invention. This is called “enablement requirement”. A patent application (Japanese Unexamined Patent Application Publication No. 2015-145675) having “UFO flight device based on UFO flight principle” as the title of the invention describes in detail description of the invention by those skilled in the art to produce “UFO flight device”. In addition, it received a decision of refusal in the examination as it was not clearly and sufficiently described so that it could be used. On the other hand, the applicant has filed a lawsuit for canceling the trial decision (case number of filing of action JP2019-10122), but the Intellectual Property High Court rejected the request based on the following judgment (decision made on February 4, 2020 ). “… The “UFO flight device” of the present invention can change its speed without receiving any external force or changing its mass… Momentum… It violates the law of conservation, and also violates the law of action-reaction. “

In modern science and technology, it can be said that it is impossible to produce and use a “UFO flight device”. (Conan)

Do you know about “Chocolixir” by Godiva?
Let me explain briefly. It is a luxurious chocolate drink with a rich flavor. If you have never tried it, please try it. Eye strains tend to accumulate if you become hooked on your computer or smartphone in your dairy life. At such times, drinking “Chocolixir” will heal your daily fatigue with its elegant sweetness. By the way, the name “Godiva” is said to be derived from the 11th century British Countess Lady Godiva. 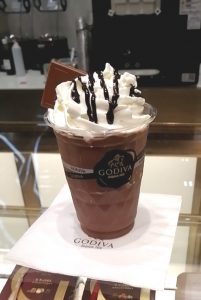