When a year and a half is passed since the filing of a patent application, a publication bulletin is issued, and everyone can know the contents of the application. It was on January 16, 2020 that the first infection of the new coronavirus was confirmed in Japan. After that, the latter half of January and February 2020 was the beginning of the Corona disaster. A patent from just that time has recently been published. (As of September 16, 2021, patent applications with filing dates up to around March 6, 2020 have been published, with exceptions such as early publication.)

So, I checked to see if there were any patent applications that were the first to describe terms such as “Three Cs,” “Social Distance,” “refrain from going out,” “stay home,” and “unnecessary and nonurgent,” which have come to be used a lot in the Corona disaster, but I could not find any. Based on the tendency of utility model bulletins to be published within three or four months of filing, we can guess that corona-related terms began to be included in application specifications probably from applications filed around April 2020.

GURUNAVI INC. has been consistently filing patent applications related to information processing for some time now; from 2017 to 2019, the company filed about 70 applications per year, an average of 5 to 6 per month. In contrast, I was curious to see that 12 applications were filed in the month from January 23 to February 21, 2020, which is double the average of the previous year. It may not be directly related to Corona, but was there any strategy behind it? I can only guess now, a year and a half later, that each company must have been thinking of various strategies in the early days of the Corona disaster. (Conan)

I like Ichimasa Kamaboko’s “Karikko” snack series, and whenever I see them at the supermarket, I can’t resist buying them. The texture is chewy and hard, and I can’t stop eating them. There are three types: sardine (Karikko Iwashi), shrimp (Karikko Ebi), and seaweed & hijiki seaweed (Karikko Wakame&Hijiki), but sardine is my favorite. 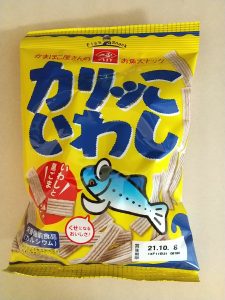 On the back, there is a patent number for the manufacturing method. (Japanese Patent No. 3816037) 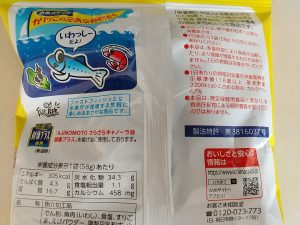 I felt that the crunchy texture with the flavor of fish is supported by this kind of technology.
In addition, “Karikko Iwashi” and “Karikko” have been registered as Japanese trademarks.

This product is often found in supermarkets, not in the confectionary section, but in the section where fish paste and fish sausage are sold, so if you are curious about it, please look for it. (Marron)

Today, I would like to introduce an invention related to September 5. What I will introduce this time is dynamic random-access memory (DRAM) devised by American electronical engineer and inventor Robert H. Dennard (1932.9.5 ~). Today, September 5th, is his 89th birthday.

DRAM is a type of semiconductor memory. It has the disadvantage of constantly consuming power for refreshing (memory retention operation) because information is lost when it is discharged, but it is widely used in computers’ main storage devices, digital televisions, and digital cameras, etc. due to its large capacity and low cost.
Currently, all the main storage devices of computers are DRAM. In recent years, DRAMs that specialize in low power consumption have also appeared.

By the way, IBM Thomas J. Watson Research Center is a research division of IBM. In addition to Dennard, it is known that many prominent scientists such as Benoit Mandelbrot in mathematics and Leo Esaki in physics also worked there.

The other day, I found an advertisement that caught my attention. The words “Thanks to you, we’ve won first place in the U.S.” drew my attention, and upon closer inspection, I realized that it was a sake that had won the Grand Prix at the American Sake Competition. 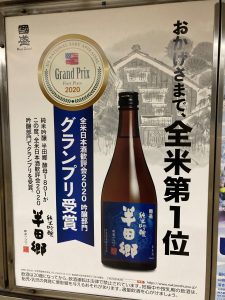 I checked my local supermarket to see if they had it, and luckily I was able to purchase it. 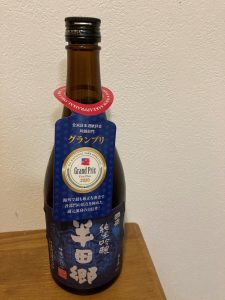 Drinking well-chilled sake on a hot day is the best. Eating it with refreshing somen noodles made it feel like summer. It was a well-balanced sake, not too heavy and not too light. A search of the J-Plat Pat database for Nakano Sake Brewery Co., Ltd,, the maker of Handa-Go, revealed a total of six patent and utility model applications, one design application, and 207 trademark applications, including Handa-Go. The number of trademarks is overwhelmingly large, and I wondered if the company was developing its business with a strategy to increase its brand power.

I was a little excited to find out that there are many delicious local delicacies that have yet to be discovered. (Marigold) 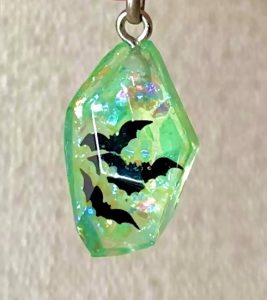 Even though it is just a resin solution, if you look into it, you will find that different manufacturers have different technologies, such as ease of hardening, blending with inclusions, durability, etc. that Patents for manufacturing methods have been applied.
There are many kits available at general stores and stationery stores in town, and you may see them, but I feel that it is a very deep world where the sense of the creator is important because it is easy to make. (Swimmer)

Shortly after the beginning of the new semester, I found one of the teaching materials that my child brought back from school that said, “patented product”. On the front cover, it was labeled “Repeating Keisan Drill Raku Raku Note(Repeating Calculation Workbook Easy Note)”, and a nostalgic illustration of “3-chome Tama” on it. 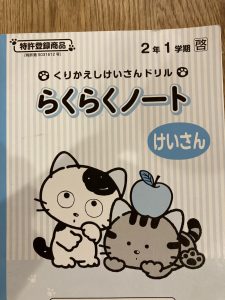 I wondered what kind of content was in the patent on the notebook, so I looked it up on the familiar J-Plat Pat, and the summary said, “To provide exercise notebooks and problem practice materials that allow students to learn how to properly write and use notebooks by solving problems using problem workbooks.” 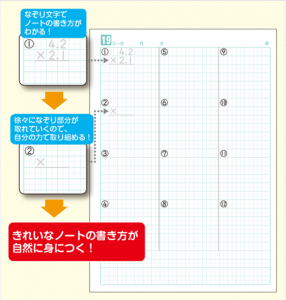 I looked through the contents of the workbook, and even in them, I could see the ingenuity that went into making it easy for children to learn and write. I was impressed that this was a great invention, and I was reminded again that there are various forms of invention. (Marigold)

From March to April, the phrase “new life support” are often seen in electric appliance shops and home centers. Not only when you move to a new land, but also when you commute from the same home as before, if your school or workplace changes, you will start a new life. You need products and services to support your new life.

Nitori Holdings Co., Ltd., a furniture and interior company, applied for the picture trademark below in October last year (2020) (Japanese Trademark Application No.2020-32144), and is awaiting examination as of the end of March 2021. I saw it used for store shelves and leaflets. 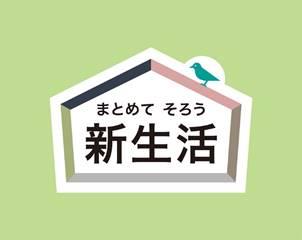 I think starting a new life in the corona crisis is more anxious than usual, but there are various new life support products and services around. Why don’t you use them effectively? (Conan)

My child has become crazy about volleyball lately, partly due to the influence of the anime “Haikyu !!”. The ball we have at home is from Mikasa Corporation, and it seems to correspond to the Design Registration No. 1318937. 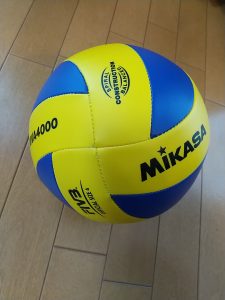 However, looking at Mikasa’s homepage, it seems that the one with design registration No. 1574960 is currently the mainstream. The one with this design also had a “patent registration” label. When I searched with J-PlatPat, I found some patents of Mikasa Corporation. I was not sure which patent corresponded to this volleyball, but I realized once again that the things that children use on a daily basis are also supported by intellectual property. (Marron)

Note: “Haikyu !!” is a registered Japanese trademark of Shueisha.

It seems that there are many anniversaries in April and the hot season for some reason. Looking overseas, there is Inventor’s Day. In the United States, for example, Thomas Edison’s birthday is Inventor’s Day.

April is coming soon. This year too, the day of invention, the day of world intellectual property rights, will come. In Japan, every year, one week including Invention Day is designated as Science and Technology Week. It may be a good idea to think about inventions and science in this season when the weather is getting better. (blink)

At KidZania Tokyo, where children can experience work, “patent office” will open for a limited time!
This is a limited event from March 19th to 25th during “Patent Attorneys Week” held by the Japan Patent Attorneys Association and the planning and management company of KidZania.
It will be the first time that a work experience of a “patent attorney” has appeared in KidZania.
Participant will become a “patent attorney”, receive a request from the “invention workshop”, create patent application documents as an agent, and confirm the examination result at the “patent office satellite office”. A registration certificate will be issued, and the participant can take it home as a deliverable.
As a person working at a patent firm, I hope that children will have fun learning about intellectual property and the role of patent attorneys. (Cacao)