Sota Fujii won the crown title in one of the eight major title matches in the shogi world, with 4 wins and 0 losses, and became the two-crown holder.
I often saw ITO EN’s “Oi Ocha” in the video of the matches and press conferences.
I looked up about this and found out that Itoen sponsored the crown title match and provided “Oi Ocha” to the players. I’m not sure of a fact, but I wonder if the reason for the sponsorship is because the names of both the title match and the tea product are similar, “Ohi”(meaning throne/crown in Japanese) and “Oi.” 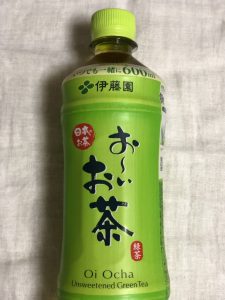 By searching J-PlatPat for this “Oi Ocha” trademark, not only the well-known logo trademark but also the sound trademark “Oi Ocha” in 2015 was designated as “Ocha”, Tea drink” (Registration No. 5805757).
You can play the sound on J-PlatPat, so if you are interested, please search and listen to the sound. (Sakura Mochi)